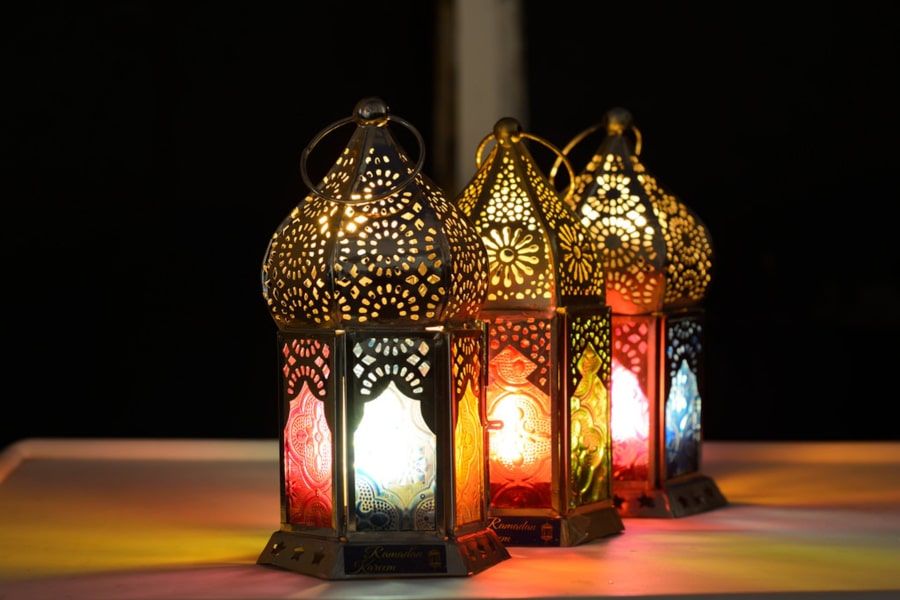 ♦ The word "Ramadan" is from the Arabic root ramida or ar-ramad, which means scorching heat or dryness. This is because Ramadan typically takes place during the summer.
♦ Fasting during Ramadan is one of the pillars of Islamic culture.
♦ If a non-Muslim meets a Muslim during Ramadan, the appropriate greeting is "Ramadan Mubarak," which means "have a blessed Ramadan."
♦ It takes about 33 Islamic years for Ramadan to return to the same place on the Gregorian calendar.
♦ The beginning of Ramadan is determined by the moon.
♦ The meal taken before sunrise is known as Suhoor and the meal taken after sunset is known as Iftar.
♦ Ramadan requires Muslims to fast during the "daylight hours." Muslims who live in places with a midnight sun or polar night follow the sunlight hours of Mecca.
♦ The Eid al-Fitr, Arabic for “Festival of the Breaking of the Fast,” marks the end of Ramadan, and is traditionally celebrated after a confirmed sighting of the following new moon.
♦ Ramadan falls on the ninth lunar month in the Islamic Calendar.
♦ The month of Ramadan is believed to be the month in which the Holy Qur’an was revealed to Prophet Muhammad (PBUH), as a guidance for all mankind.
♦ The beginning of a fast is initiated with a dua (prayer) of niyah (intention).
♦ During Ramadan, charities report higher levels of donations and activity.