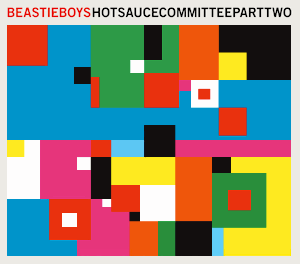 The Hot Sauce Committee is the eighth and final studio album by the American hip hop band. Released on 27.4.11. The album was originally planned for release on 15.9.09 under the name 'Hot Sauce Committee Part One' as the first instrumental of a two part set. The album was delayed after a band member was diagnosed with cancer. After a 2yr delay only one album has been released and the plan for a second has been abandoned in light of MC Yauch death on 5 4 12. Collaborators on the album included singer Santi Gold and New York rapper Nas. There will always be a special place on my shelf for this album after nearly losing a close relative twice to cancer. I can only imagine what it's like to lose someone special to such an illness.
Peace be with you, Shaun

Inside the 2015 Caswell Chat