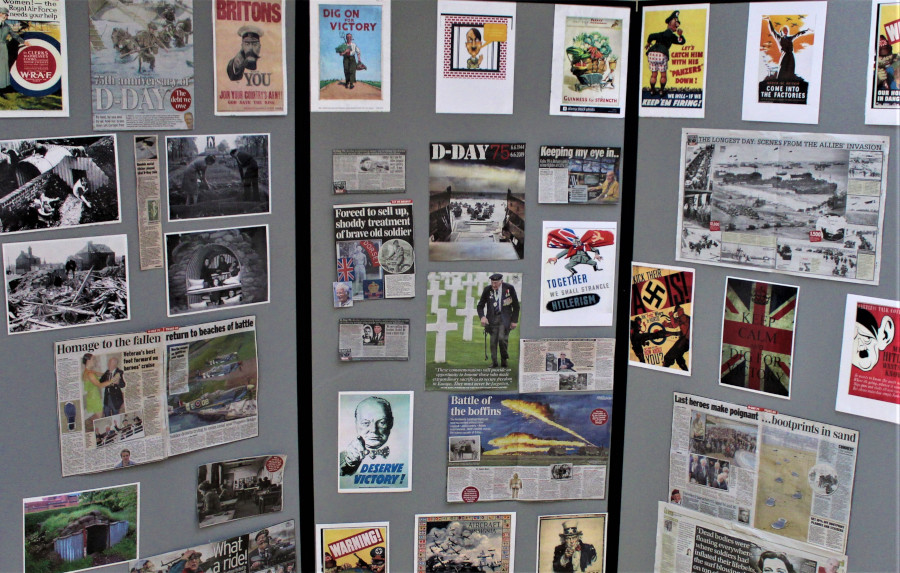 Alan was interviewed about his amazing display around D-Day that he created for the anniversary of the D-Day Landings on 6th June 2019:

“I made this display about the Second World War, from 1939-1945.  I covered a lot of issues including what people ate, a segment on the Anderson shelters, Nazi propaganda and rest of the world propaganda.  I was doing this subject in Education with Sylvia on a Wednesday night and wanted to look into it more as it interested me. 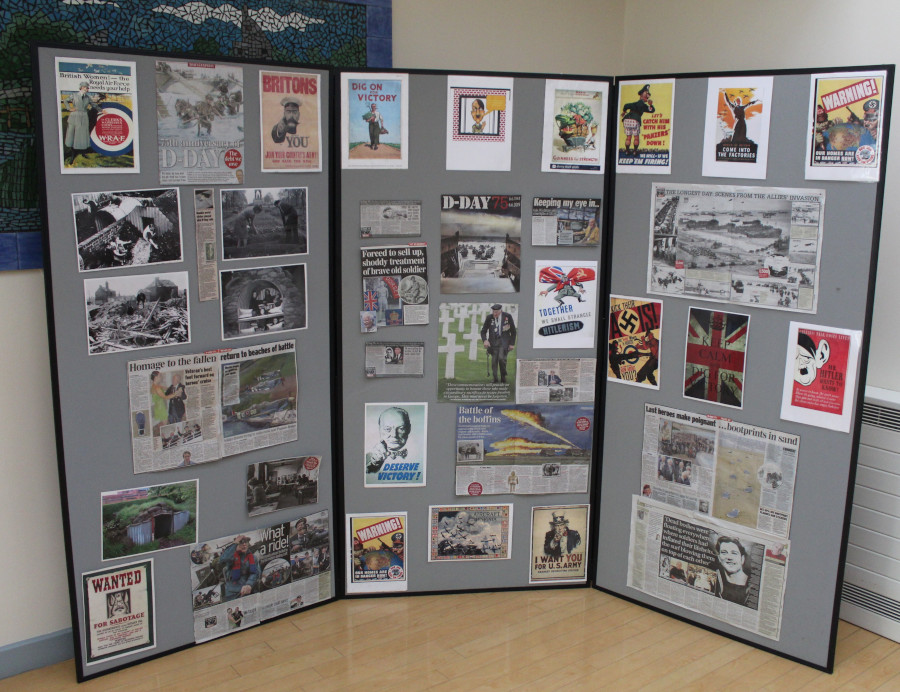