The recognition event was a great success in December 2017. Lots of awards went out to patients and staff. There was food and drink provided and lots of entertainment. It was well attended and every enjoyed it. Over 20 patients attended and staff from all departments came along too, including psychologists, consultants, students, OT’s, nurses, HCA’s, A/Cs and management too.
One of the highlights of the event was the patients’ band complete with guitar solos from Richard Wood the Activity Co-ordinator who has helped the band to practise and develop into a really fantastic group. We all particularly like their choice of tracks and their name – the 37/41s.
There were three rounds of Christmas-themed quizzes with patients and staff working together in teams. There was bingo that made everyone laugh and ended up with patients winning prizes.
Finally there was a hilarious and very competitive tug of war, that nearly ended up with people falling in a heap. Very well done and thank you to the all the staff who organised the event. 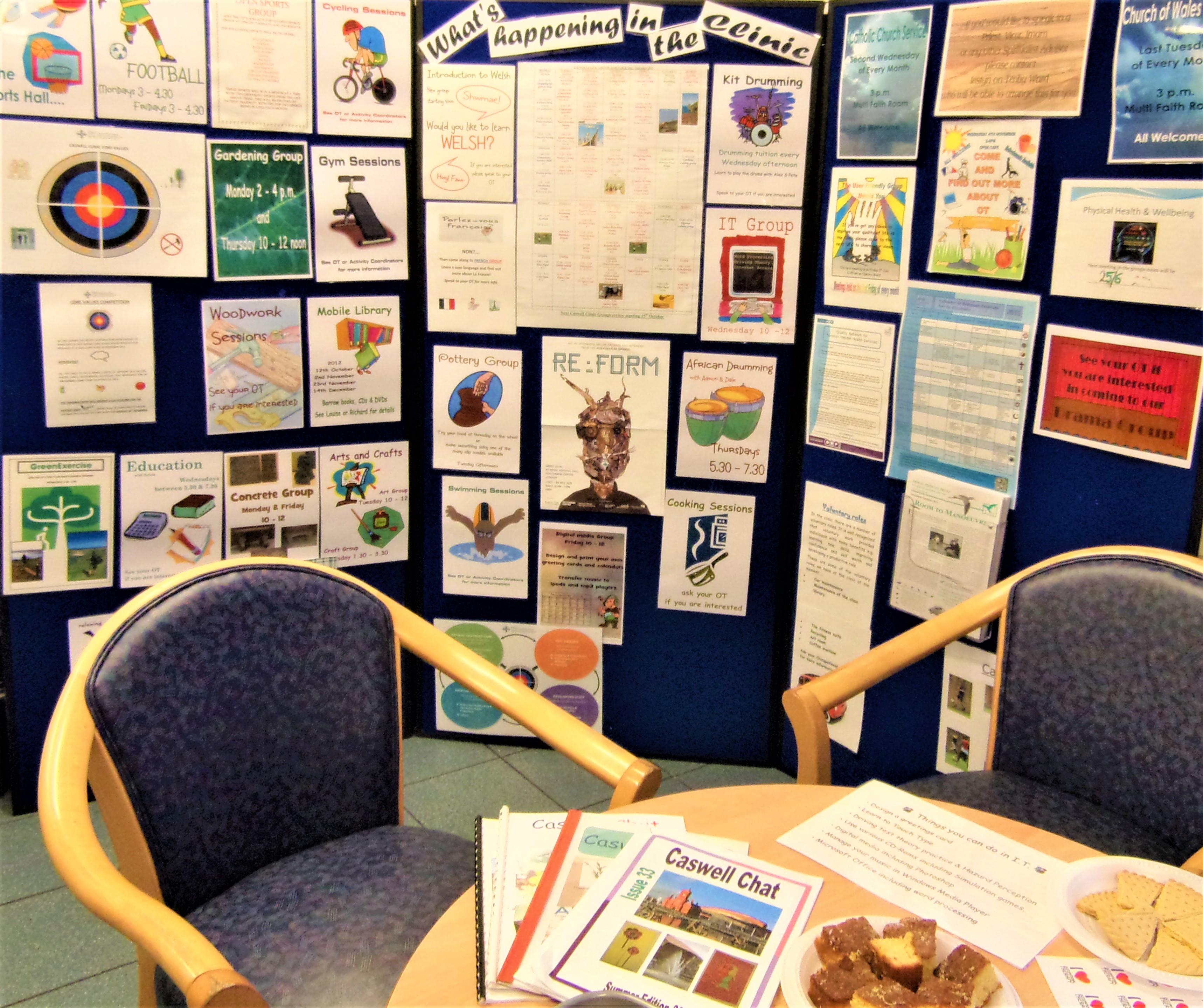 Inside the 2018 Caswell Chat