Life as a Muslim 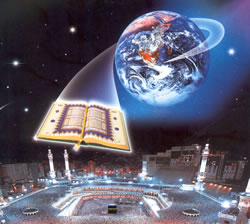 Hi my name is Muhammad, I am a Muslim convert and have been for the last 10 years. I am a patient and thought that I would explain a little about being a Muslim of Islam, which is a minority religion at the clinic.Islam is a complete way of life; it is guidance from Allah the creator of the universe for all of mankind to follow for a happy and prosperous way of life which covers all things people do in their lifetime.

Islam tells us the purpose of our creation, our final destiny and our place amongst other creatures. It shows us the best way to conduct our private and public affairs including social, political, economic, moral and spiritual activities.

Islam is built up of five pillars the main one is called Shahada (the declaration of faith), the second pillar is Salah (to pray 5 times a day), thirdly Sawm (to fast the month of Ramadan), the fourth pillar is Zakat (to pay the welfare that is given to the poor and needy) and the last pillar is Hajj( the pilgrimage to Mecca) if one can't afford to make the pilgrimage then one does not have to but instead one must feed a certain number of poor people.

I would like to explore my experiences with you about my life in clinic. There have been Muslims in the clinic in the past and will no doubt be more in the future but as the only Muslim in the clinic at the present time I miss being with my Muslim brothers and sisters, which is different to my own sister who is also important to me.

I do join in with activities in the clinic such as gardening, pottery and computing, all of which I really enjoy. As I said earlier as a Muslim you pray five times a day, I do extra prayers so I pray nine times a day. There are sometimes problems in being disturbed whiles praying and I wish people would look through the small window on the door rather than knocking.

I eat various meat dishes but not pork, meat dishes must be prayed for as Halal food. I hope that this article has explained a little about my Deen (religion), I would like it if people could listen to my religion with an open mind when I'm being asked to explain it. If you want to know more or are interested in Islam ask your OT to have a word with me and I'll see what I can do, also there are copies of the Qur'an and Shari'ah law in the Multi-Faith room.

Inside the 2012 Caswell Chat