The winter has been a long and cold one, but the sun finally arrived at the start of spring. In the winter there were a lot of visitors to the bird table like old favourites such as the blue tit, nuthatch, long tailed tit.

There have been sightings of mink on the river, mink are not native to this country and eat a lot of the fish in the river and also drive the Otters off the rivers and get into their Holts and destroy every thing in the Holts. The mink is a relative of the weasel family and was introduced from the U.S in 1929 and was bred for its fur. They have about five to six kittens in spring. The winter birds on the river have been dippers, grey wagtail goosander, kingfishers and of coarse mallards.

The summer birds have arrived swallows, house martins, swifts and gold crests. There has been white wagtail on the river which is a rare sight.

The buzzards have been flying high in the sky on the thermals produced by the hot air rising off the earth.

At Porthcawl there are a lot of sea birds to be spotted oystercatcher, lesser black back gulls knot and ring plovers. 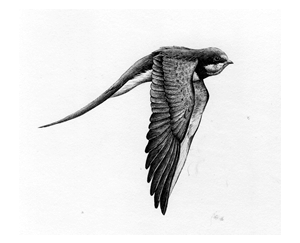 Wild flowers there are plenty for instance bluebells snow drops and daffs to start the spring off, later daisies, buttercups, vetch and vetch ling, there have been lots of dandelion and lots of ox-eye daisies down by the river.

The Himalayan balsam is just starting to flower which is a pest as it will grow in any damp place but it has one of the best seed dispersion of any plant. The seed pods warm up in the summer sun and open with such a force they project the seeds out onto new ground and the seeds begin to germinate. In addition when the seed pods open it sounds like crackling from an open fire and when you hear this it going to be a very hot and sunny day. I hope you do hear it and have a very nice summer always look out for wild life and if you can, make a note of what you see.

As always abide by the country code.

Inside the 2011 Caswell Chat