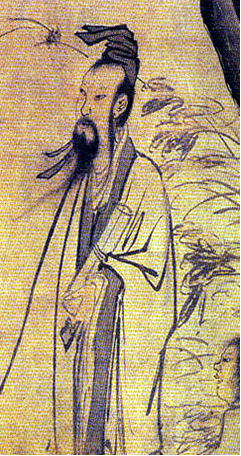 Taoism is an ancient Chinese philosophy that teaches one to live in harmony with life. Having studied and attempted to practice Taoism for a few years now I can say from my personal experience that it is a philosophy which can really bring a sense of inner calm and help make the daily problems and difficulties of life much easier to cope with.

The graceful Chinese martial art of Tai Chi has its roots in Taoism. This reflects the Taoist teaching that life is far more peaceful and happier if one learns to "go with the flow ". By this it means that we give up our futile struggle to control circumstances that are often beyond our control and instead cultivate an attitude of acceptance and develop the ability to adapt to the constant flux and change that is the nature of life. It is often the case that if one wants inner peace and happiness one must occasionally surrender to the way things happen to be. In Taoism this is called "wu wei ".

Taoist philosophy has no original founder. There is no set system of belief. Its origins go back at least 3000 years. One of the earliest teachers (or Sages) was Lao Tzu who lived in the 4th century BC. His famous short book of teachings is known as the "Tao Te Ching ". Another early sage was called Chuang Tzu. His wonderful collection of teachings and stories is known simply as "The Book of Chuang Tzu ".

It is worth mentioning that Taoism is one of the only spiritual philosophies that actively encourages a healthy sense of humour. Many of the ancient tales of the old sages abound with fun and laughter.

For anyone who seeks more peace and calm in their life it is well worth exploring this gentle but very wise ancient philosophy.