"What is life if, full of care,

We have no time to stand and stare" 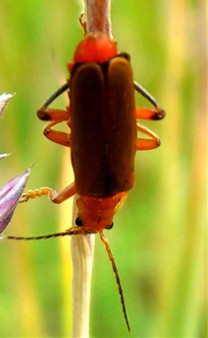 I've had a lot of time to "stand and stare" and consider myself a lucky man. I've seen a lot of nature in our gardens, grounds and on various excursions to local beauty spots.

I watched a pair of jackdaws in Ffaldau garden in June, who seemed to be helping to feed some young starlings in a nearby nest. I also watched a Jackdaw teaching its offspring to feed. One young bird had fallen out of its nest and had to hang around the garden until it was strong enough to fly. Its anxious parents stayed near, calling loudly when there was danger, and presumably feeding it during the day. The same thing happened last year perhaps from the same nest.

The chiff-chaff has been calling throughout the day and house martins also call as they wing above the hospital grounds - the typical sound of summer for me. The thrush has been waking me up in the morning, but will soon fall silent until the spring,as will the blackbird.

One early morning I was pleased to see a large dog fox just outside Ffaldau garden. He seemed healthy and well fed.

One hot day in early June, I walked along the river bank with Jen. The water sparkled in the sun and the young leaves also sparkled and shimmered in the light breeze. There were flowers everywhere, particularly bluebell, and mayflower abounded in the trees and bushes, filling the warm air with pungent scent. I also recognised gorse, campion, and young Himalayan balsam. There are some inviting pools in the river and I saw some trout rising for flies and sand martins skimming the water for the same.

Kenfig pool is nearby, and I went there last week with Dill. It had been raining and the sky was overcast. The area is covered with wild flowers, many I could not name. Some I did recognise, such as clover, birds foot, trefoil, evening primrose, ragged robin, some heather and blackberry flowers. Near the shore we came upon mallow and sea holly. There were hundreds of snails as we approached the shore. I only noticed them when I felt them crunching under my feet. They were quite small and a curious green and yellow colour.

Dill spotted a marsh harrier hovering and swooping on its prey and on the way back we saw a pair of these birds on a dune top, near to a killing post which has been placed there by the trust.

On this grey overcast morning we certainly had time to "Stand and Stare" and it gave us great pleasure.

Inside the 2003 Caswell Chat